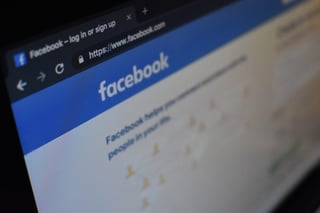 At the Facebook F8 conference which was held earlier this month, it was revealed that there would be many changes coming to the social media channel which could have a big impact on how we use Facebook going forwards. Here are some of the main changes discussed.

1.    Growing focus on community
The main focus of the keynote speech given by Facebook founder Mark Zuckerberg was community. A lot of people now are communicating via private messages, Instagram stories and small group pages. This shift in behavior is due to the fact that people feel more included and have a sense of belonging when they are part of smaller communities.

People are turning to Facebook groups and closed communities to share their opinions and information about themselves, rather than just posting about it. There is also the opportunity for your Facebook posts to be shared on your public and private groups page, which could mean it will be easier to engage with your followers.

2.    Focus on privacy
Mark Zuckerberg stated that “the future is private” and increased privacy will be a main focus for the company moving forwards.  As users are not wanting their information to be as public anymore, privacy settings have been promised to improve. This includes Facebook private messages which will have stronger end to end encryption, meaning even Facebook will not be able to read them.

It is regularly in the press about how online safety has to improve, and Zuckerberg referred to our online safety in his speech by stating that they are working on reducing the permanence of our posts and messages. This could see more of a shift towards Instagram story style posts which have expiry dates and only appear for a certain amount of time.

3.    A new look
Finally, it was revealed that Facebook would be getting a new look.  This will be their first big redesign in five years and will include an amended logo and more prominence of Group pages. As communities and groups are becoming more visible, it will be easier to post and engage with others in your network.

Plus, it is said that Facebook Messenger will have a stand-alone app for desktop which will allow people to message others between Facebook’s different apps, such as Instagram or Whatsapp.  Having one unified platform to manage all direct messages from your laptop could be a massive time saver for businesses and individuals alike.