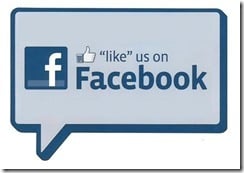 An interesting little story made the news on Tuesday regarding Facebook likes. Apparently, Cambridge University researchers have discovered that what you like on Facebook can reveal a huge amount about an individual’s personality. Whilst you might think that this is obvious – for example, if a person likes lots of different clothes shops then they clearly enjoy shopping for clothes, or if they like lots of different films then they are clearly a fan of going to the cinema, the research goes deeper than that and apparently could allow strangers to accurately predict your sexuality, political views and religion. For example, research showed that homosexual men like human rights, Wicked the Musical, Bruce Lee and Nike Basketball, people with a high IQ prefer curly fries, like the Godfather movies and Morgan Freeman’s voice, and that drug users like Big Momma’s movies, milkshakes and swimming. The system was apparently 88% accurate for male sexuality, 85% accurate for political beliefs, 82% accurate for religion and 95% accurate for race. As is often the case, there was a cry from some parts of the media and from privacy groups that people could use your Facebook likes to find out information about you – such as whether you are male or female, your sexuality, your political views and your religious beliefs – and that this is a threat to your privacy. However, people don’t need to go to the trouble of analysing your likes - your name and profile photo will probably reveal your gender, and a lot of people already declare the other information in their “About” section anyway. If you don’t want people to know private things about you, either make sure you have set up your security settings correctly, or don’t put in on Facebook.