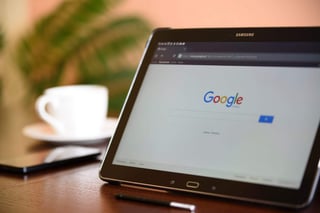 If you thought that your website had disappeared from Google’s search engine results this week, you didn’t imagine it and you certainly were not alone.

Google accidentally removed a large number of websites and web pages from search results (known as “de-indexing”) last week, but thankfully the problem now seems to have been fixed.

Google, unsurprisingly, hasn’t revealed exactly what went wrong or gone into detail about the extent of the issues, but the SEO software supplier Moz has estimated that 4% of indexed pages were likely to have been affected, based on their samples.

When the issue initially occurred on April 4th, it took 3 days for Google to announce that they had solved the issue, only to then go on to say a day later that there were still issues. It was not until a week later they announced the issue was completely fixed and tweeted:

“The indexing issue has now been fully resolved. We apologize for the inconvenience. We appreciate your patience as we restored normal operation”

What were the effects?
The impact of pages being de-indexed could have led to:

On Google Analytics you could always make note of when the issue occurred, so that you can take this blip into account when comparing performance in the future.