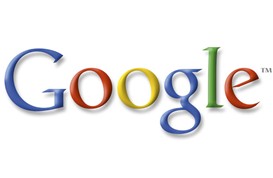 Earlier in the week we noted that Google had released what is known as a Penguin update, but over recent days it has actually rolled out 4 major updates on top of each other. Google constantly updates its algorithm, it has been said over 500 times per year, which is why you frequently see movements in search engine results. However, they are usually minor, but these 4 major updates have attracted a lot of attention.

One was a Panda update. This was released on Thursday 27th September, and was the 20th such update that Google has released since February 2011. Panda updates target what Google views as low quality content on your site. This includes poorly written copy, thin or no amounts of copy on pages, or duplicate copy – copy that is identical or very similar to other copy on the web.

Then there was an exact match domain update, released on Friday 28th September. This targeted sites that Google believe had chosen their website address deliberately to rank well in search engines. For example, if you sold big brown boxes, and your website was www.bigbrownboxes.com, you would be marked down for it.

Then there was the Penguin update, released on the 5th October. This was the 3rd roll out of this update since April 2012. This update targets websites with lots of low quality sites linking to it.

Finally, Google released a page layout update earlier this week, the second official one of its kind. This penalises pages that have lots of adverts at the top of their page, leaving users to have to scroll down the page to find content. This update is also known as top heavy.

Around 90% of internet search traffic in the UK is through Google, so these updates can make big differences to businesses.