Time to banish the Google+ button 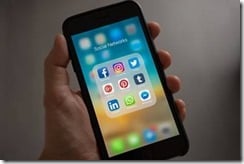 Google has recently announced plans to call time on their social media platform, Google+ which means that you may need to update your website to avoid “dead links”.

Google stated in a blog post last month that it will begin shutting down the consumer version of their social media network over the coming months with a planned end date of August 2019.

Due in part to data breaches as well as a lack of consistent growth, the company has decided to focus its efforts elsewhere.
So, what does this mean for website owners? Well, while social media icons are very helpful in directing traffic to connect with you on social media, the entire Google+ network will soon disappear, which means your potential followers will be lost in limbo.

For assistance removing your Google+ button please contact us at enquiries@dbsinternetmarketing.co.uk or call us on Freephone 0800 988 8366.