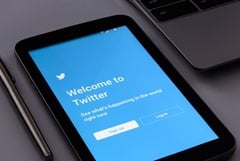 Twitter has begun to trial longer Tweets for a select number of users on their social media platform.

Traditionally restricted to 140 characters in posts, a small group of users will get the opportunity to fit more into their messages.

In a company blog post on Tuesday, staff wrote that they were seeking to aid users whose chosen languages force them to “cram their thoughts into a Tweet”. According to research by the company, 9% of all Tweets in English hit the current 140 character limit, compared with only 0.4% of all Tweets in Japanese.

Biz Stone, entrepreneur and co-founder of Twitter Tweeted about the trial:

Originally, our constraint was 160 (limit of a text) minus username. But we noticed @biz got 1 more than @jack. For fairness, we chose 140. Now texts are unlimited. Also, we realize that 140 isn't fair—there are differences between languages. We're testing the limits. Hello 280!

According to Stone, the original constraints of 140 characters were a result of the confinements of mobile. Early Twitter users could Tweet by text message but network bandwidth constraints meant messages had to be short. However, as today's users Tweet via apps or on a desktop, there is no longer a technical need for the limit.

This latest change comes on the back of several updates from Twitter giving business and individual users more room to be creative. In 2016, Twitter made it so GIF’s, photos, polls and other media no longer contributed towards the 140 character limit.